Significant portions of a House floor speech that Congressperson Tim Walberg delivered on April 10, 2013 were plagiarized. 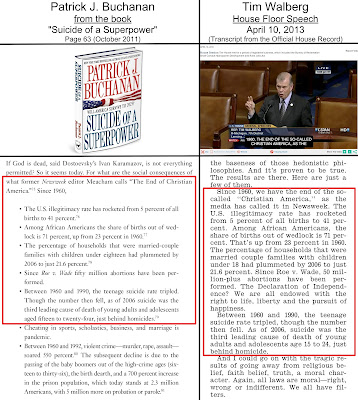 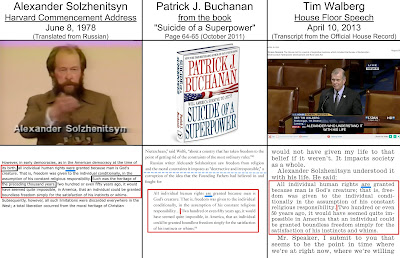 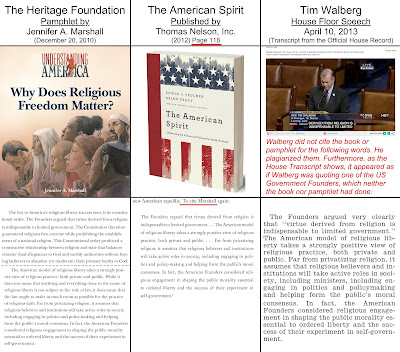 This excerpt also contains several variation indicators that it was this book that Walberg plagiarized from. The added offense is how it shows up in the Official Congressional Record with quotes as if Walberg was quoting one of the U.S. Founders. It was not presented as a quote like that in the earlier publications. So now Walberg's plagiarism is distorting the Historical record.

4) Not Technically Plagiarism, but From the Same Source: 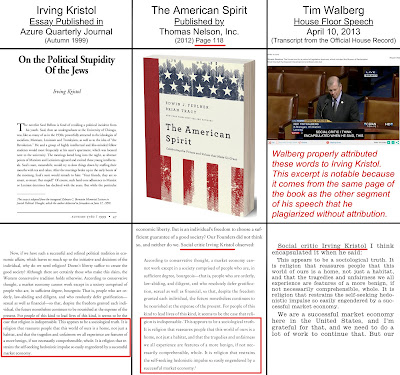