Why has Character Stopped Being First for Walberg?

Today marks exactly three years since the day during the 2015 Presidential primary when Walberg assessed the slate of candidates, and explained the single most important quality that he thought was needed for a President to be successful: Character.

In the past three years, Walberg has thrown his full support behind Donald Trump, and also urged us in this District to do so as well. Last month, the Michigan GOP, and Walberg have started using a new slogan for the midterm campaigns: “Results not Resistance”. Notice they don’t specify good results. Any aimless blunt force can achieve “results” [Newton’s first law of motion]. Corruption and government entropy are results if Walberg wants to be more specific in his resume. 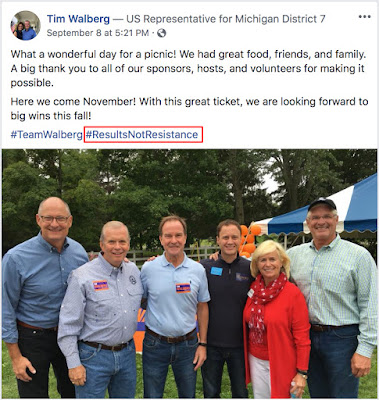 Let’s imagine ourselves in that Convention arena, the elevating anticipation, reflecting on the history of wise and gracious party acceptance speeches from American luminaries, building to that ecstatic moment when Donald Trump will walk out, and our country will witness, and unanimously agree that, yes, there is the leader for us. Then Trump steps out, opens his mouth, and says: [see above]. Walberg knows better. So, why has he compromised his values for Donald Trump?

Walberg: “‘…the buck stops here. Ya can’t blame anybody else. This is my responsibility’.” 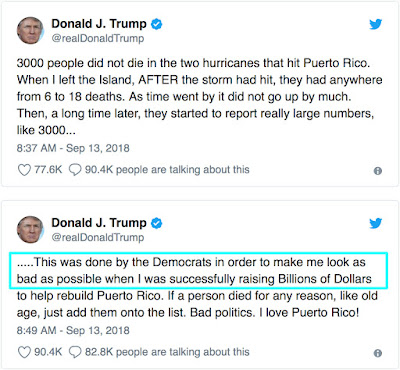 So, not only is Trump incapable of accepting responsibility, he is incapable of accepting reality. I selected just one recent example above. There are virtually unlimited occurrences of Trump failing to accept responsibility for ongoing national problems that cross his desk. I would be happy if Walberg could cite just occurrence when Trump has ever accepted responsibility for a problem like that. I have only ever seen Trump blame other people, which is completely opposite of the quality Walberg specified that our country needed in a President.

During Walberg’s 2010 campaign, his website laid out a short list of principles. Walberg also read this list at every campaign event, and even asked for voters to hold him accountable to these principles. Among those principles, was to, “discourage bad behavior”. 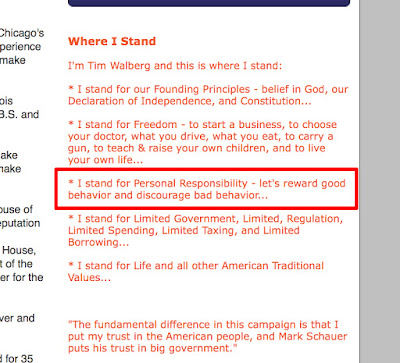 Tim Walberg’s principles, posted in 2010, which he recited at every campaign event (with markup)